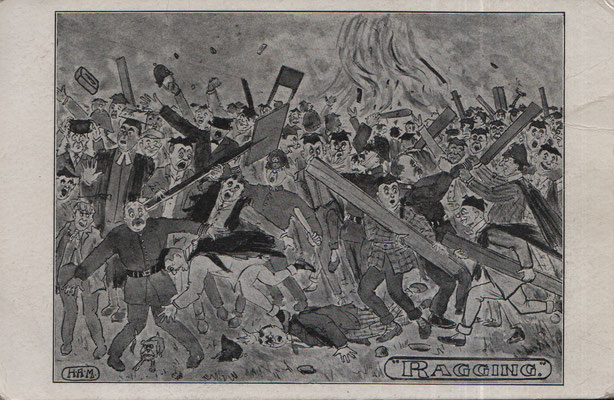 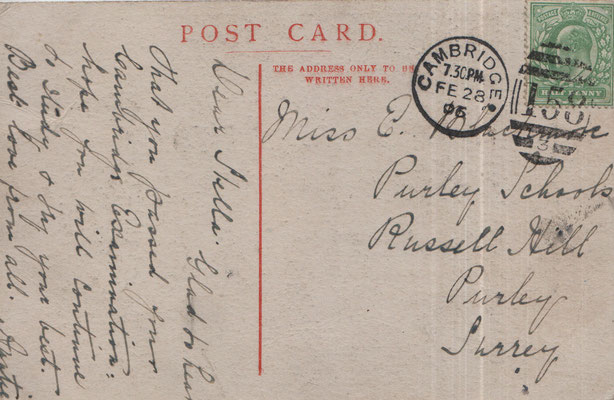 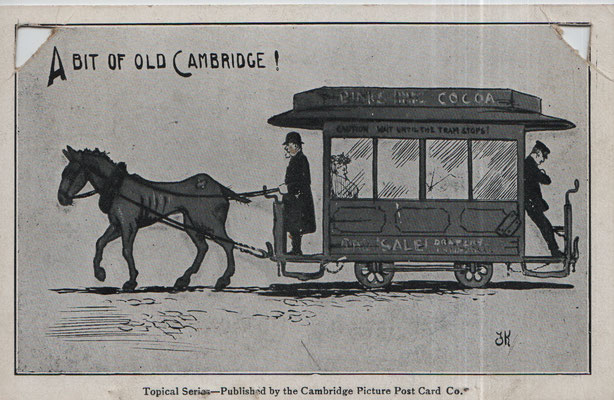 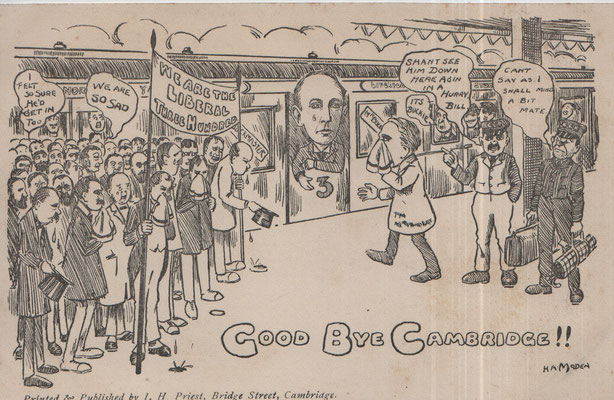 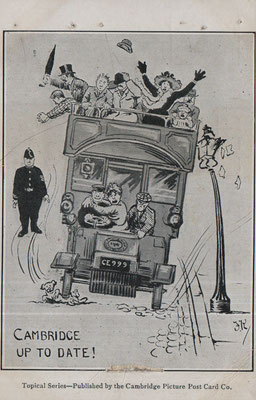 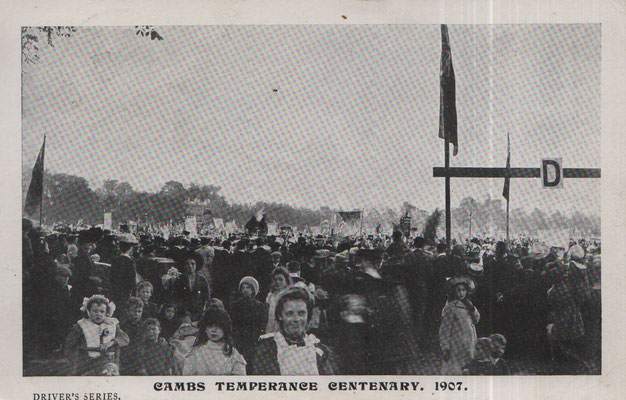 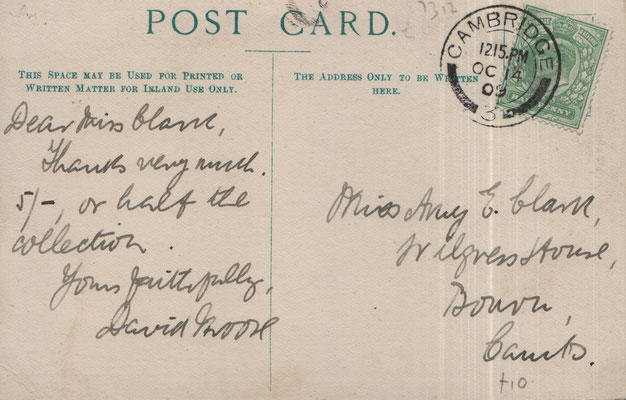 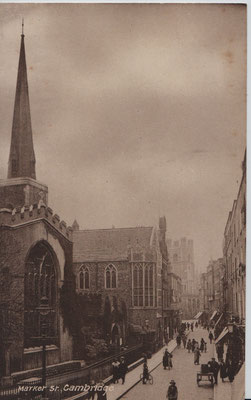 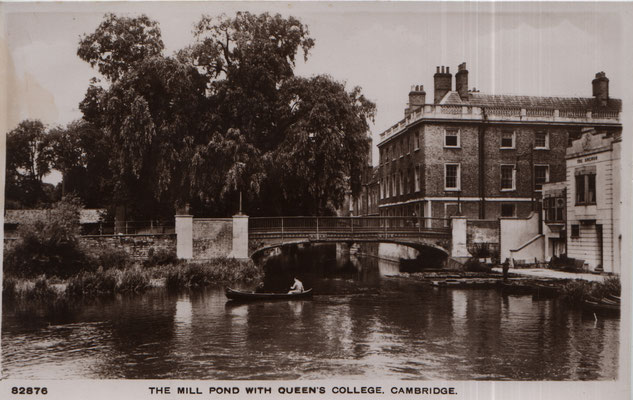 Dear Stella, Glad to hear that you passed your Cambridge Examination: hope you will continue to study and try your best. Best love from all. Auntie.

Cambridge Street Tramways operated between 1880 and 1914.

This postcard is a cartoon depicting the result of the January 1910 general election when the sitting Liberal MP Stanley O B Buckmaster lost his Cambridge seat to the Conservatives. He was Chancellor 1915-1916 under Prime Minister Asquith.

More information about the history of doubledecker buses in Cambridge can be found here:

The Cambridge Independent Press reported 18/10/1907 on the Cambridge Temperance Jubilee (celebrating 50 years, not 100.) The article notes how the old temperance societies have died out, to be replaced by a general interest in Social Reform.