Postage stamps were issues in 1914 and 1915 to raise War Charity Funds. A large new series of definitive stamps was issues in September 1916 showing the Imperial Austrian Crown, Franz Joseph I and the arms of Austria but in November 1916 he was succeeded by Charles I. At the end of war the empire broke up and German speaking Austria was no longer politically joined to much of the former empire. 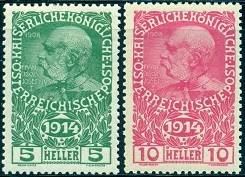 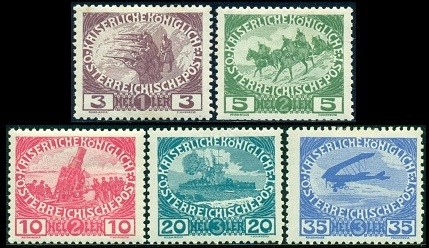 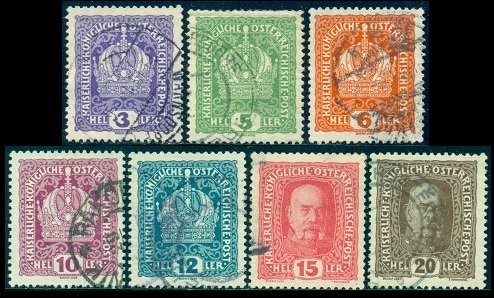 Hungary issues a large number of stamps during the 1914-18 war.

In 1918 the new republic initially used old stamps that were overprinted. 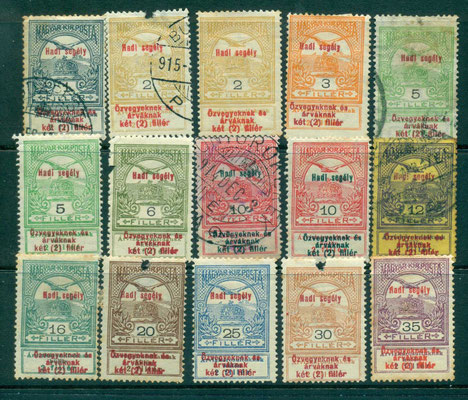 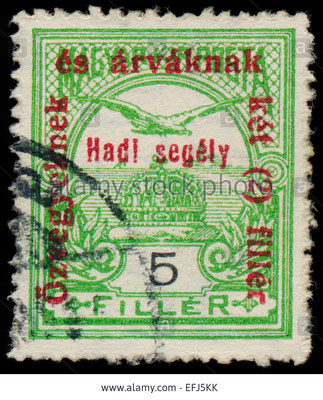 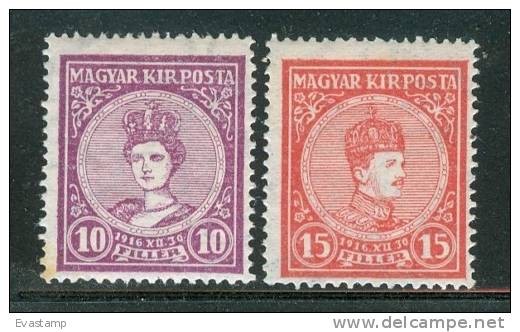 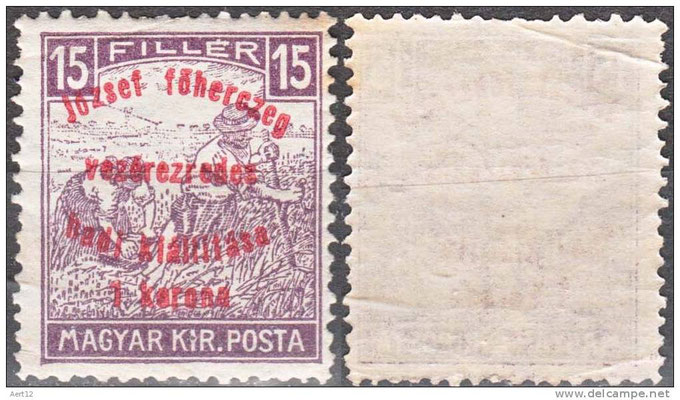 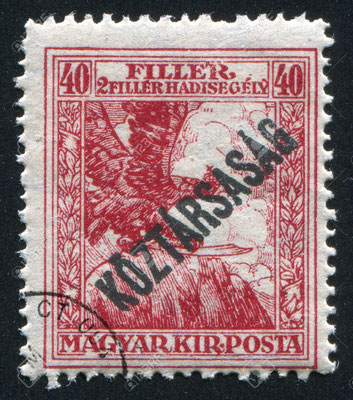 Bosnia and Herzegovina had been under Turkish rule since the 15th century. After the Congress of Berlin in 1878 whilst both countries remained Turkish, Austro-Hungary was allowed to occupy them and maintain a garrison. For this reason the postal service was essentially for military field post. Austro-Hungary annexed the territories in 1908 but the distinct postal service was maintained through until 1918. a number of charity stamp issues were made: 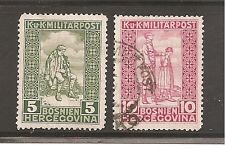 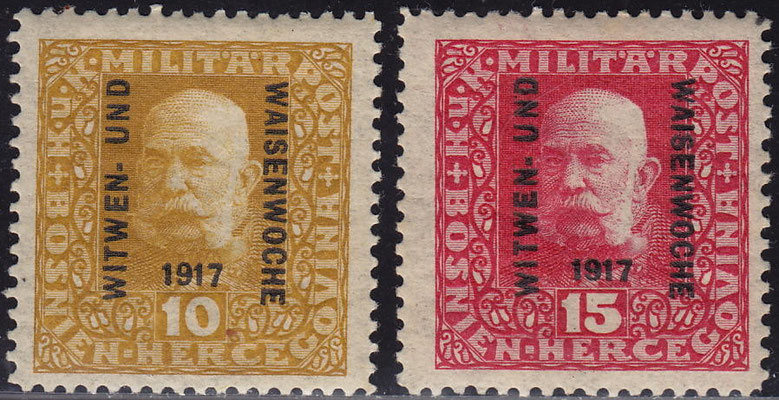 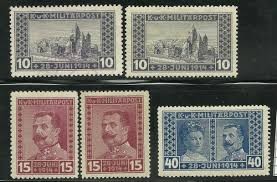 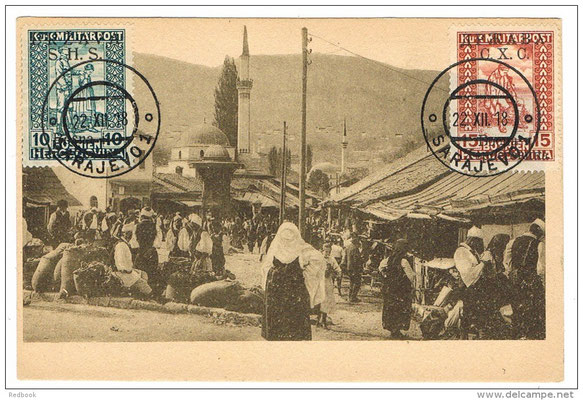 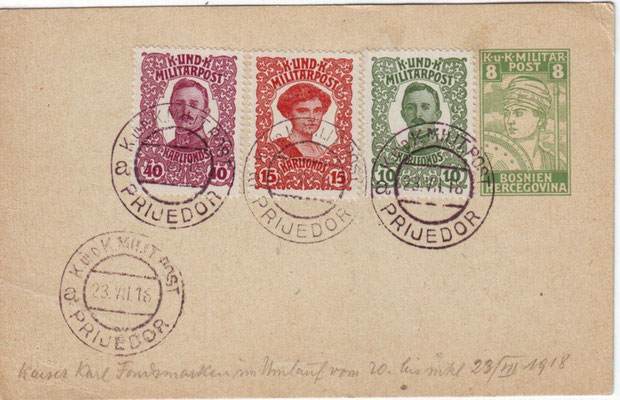 The Austro-Hungarian military post operated more widely. There were general issues designated 'K.u.K. Feldpost' - Kaiserlich und Koeniglich (Imperial and Royal). These were first issues in 1915 and continued until the end of the war. 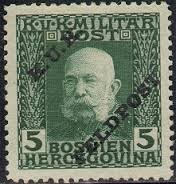 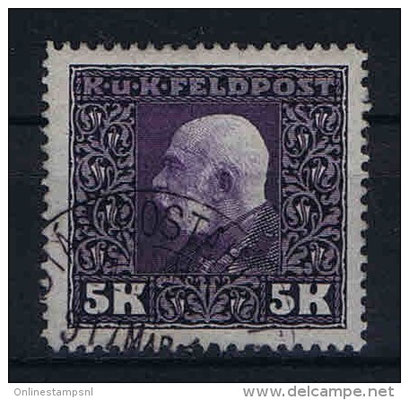 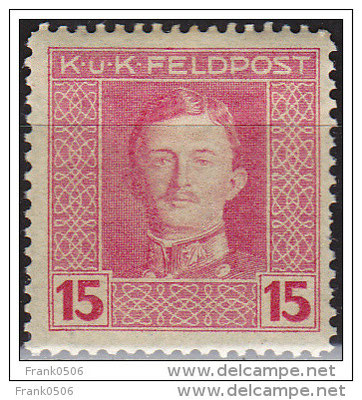 After the Italian army was defeated at Caporetto in October 1917, they withdrew to the line of the River Piave. The Friuli district was occupied by Austro-Hungarian forces until November 1918. 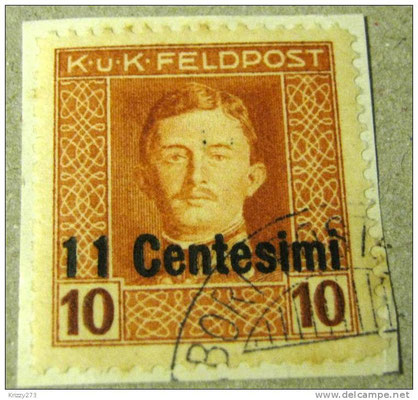 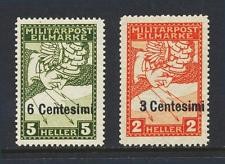 King Nicholas of Montenegro fled to Italy in November 1915 after the defeat of his army by the combined forces of Germany, Austro-Hungary and Bulgaria and the country was occupied until 1918. 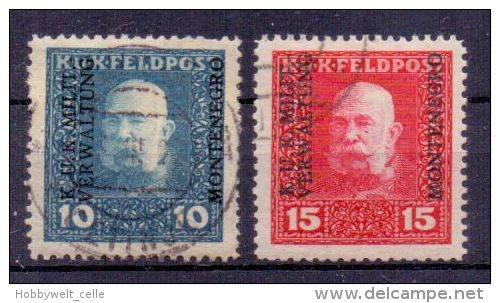 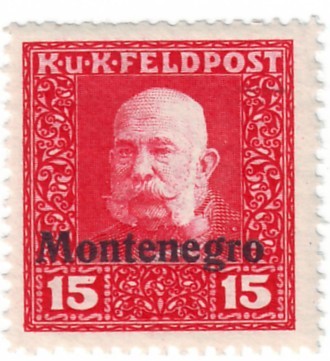 Rumania south west of the River Sereth was occupied from the end of 1916 until November 1918. 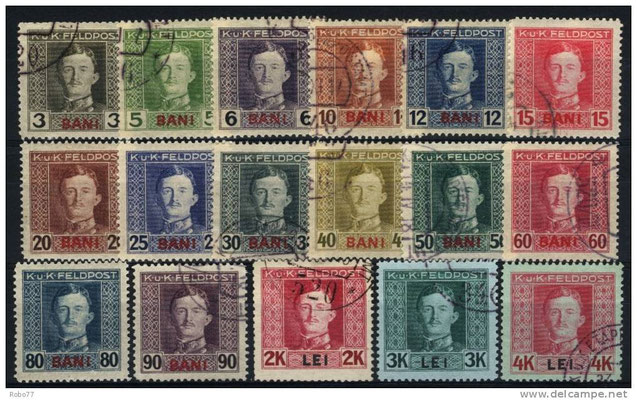 Serbia was occupied from the end of 1915, with the exception of Monastir which was recaptured by French and Serbia troops on 19th November 1916, until Allied victories in September 1918. 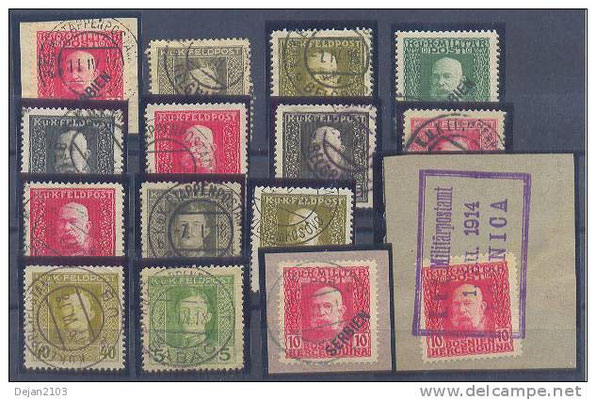 After the Battle of Vittorio Veneto Italian troops occupied the South Tyrol up to the Brenner Pass. The area was awarded to Italy by the Treat of St Germain in 1919. 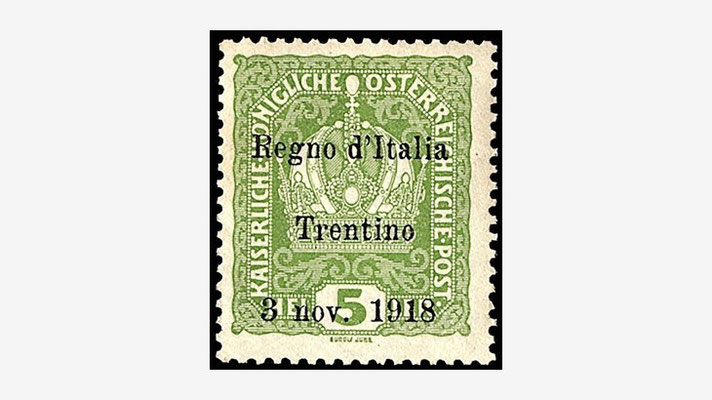 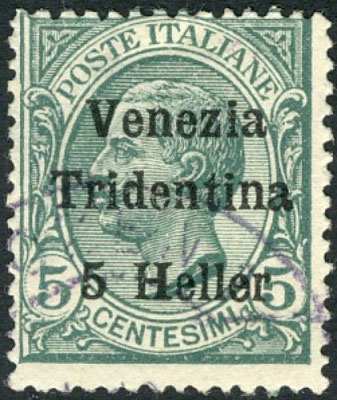 Trieste, Gorizia and the adjoining areas of Venezia Giulia were occupied in 1918 and awarded to Italy in 1919. 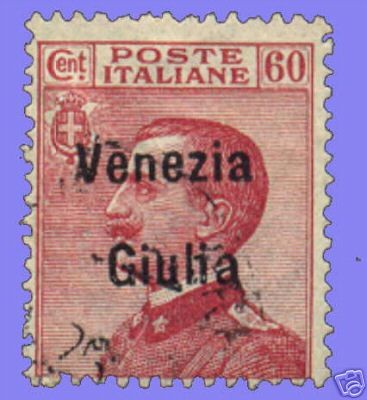 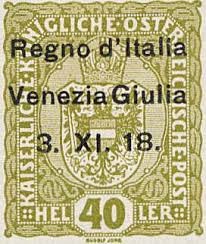 Italian troops also occupied Dalmatia in 1918 but under the Treaty of Rapallo in 1920, gave up all except Zara.