It is probable that he was as a child fast tracked through his education by the navy once his ability had been recognised. He was to be one of the Royal Navy's new breed of engineering officers, often from humble backgrounds, spending long hours supervising the maintenance of equipment below deck and then sharing the mess with officers of much higher social status in the evenings. 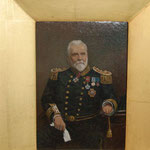 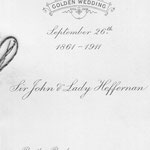 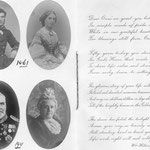 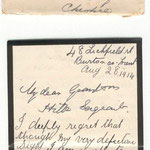 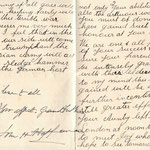 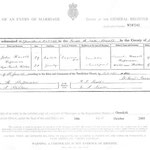 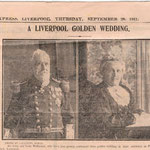 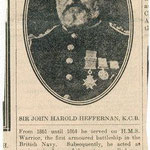 Madam, I am sorry to send again will you kindly send me two shillings more today I want to get something for my wife. I will be sure to send it if she first money I take which wont be for a few days as this is the first please enpase [?] the liberty I taken should be glad if you will

Mr William Hilton Heffernan, M.R.C.S., Eng., L.S.A. of Alma Villa, Victoria Road, North, having undergone the necessary examinations, was admitted, on the 17th inst., a Licentiate of the Royal College of Physicians of London.

Mr Harold Hilton Heffernan, son of Mr J.H.Heffernan, R.N. of “Alma”, Victoria Road N.Southsea, a former pupil of the Portsmouth Grammar School and of the Portsmouth Hospital, and now of St Thomas’s London, was one of the successful candidates in the recent examination for the diploma of the Royal College of Surgeons of England. Prior to this examination he at St Thomas’s in a competition among fourth year students, underwent an examination in practical surgery and surgical anatomy, and for his position in the competition was awarded a special bronze medal, with a special mention and a certificate of honour, this making the fifth certificate of honour he has received during his curriculum at St Thomas’s.

Sir John Harold Heffernan, on whom the King has conferred the honour of Knight Commander of the Bath, joined the Navy in 1855, being appointed to HMS Victory as assistant engineer. In 1858 he was engaged in laying the first Atlantic cable, receiving as commendation a gold medal and promotion.

From 1861 until 1864 he served on HMS Warrior, the first armoured battleship I the British Navy. Subsequently, he acted as engineer in charge of the water-propelled gun-vessel Waterwitch, and it is whilst in this capacity that he was instrumental in preventing the ship from foundering during s heavy storm in the English Channel. As fleet engineer of HMS Inflexible he was present at the bombardment of Alexandria. In recognition of his services on that occasion he was promoted to rank of inspector of machinery. For three years he was superintending engineer at Bermuda Dockyard, afterwards being in charge of Portsmouth steam reserve as chief inspector of machinery. During the period he held this appointment he was engaged in various Admiralty work including the committees on reorganisation for the mobilisation of the fleet, boiler designs, the reorganisation and revision of the stores for the engineering branch of the fleet, Until his retirement, which took place in 1892, he was chairman of the Committee of Designs for the machinery of the fleet. The Companionship of the Bath was conferred upon him in 1891. For the last twelve years Sir J H Heffernan has been living in Bentley Road, Prince’s Park, Liverpool.