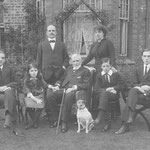 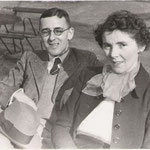 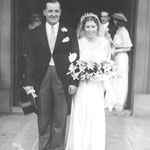 Thank you very much for filling our socks and making our nursery so pretty; we had a beautiful train on lines from Uncle Jack, a darling tricycle from Granny, which we like very much, and such a lot of toys.

With love and kisses from us all, your loving little friends Hilton, Francis and Roy

I am writing this little letter to wish you manny [sic] happy returns of your birthday. I hope you will spend a very happy day and that Grandpa will buy you a nice birthday cake with pink sugar on the top. With love and kisses from your loving little Grandson Roy