This letter card is an unusual example of a fake prisoner of war letter from Germany to Britain used to advertise Force breakfast cereal. A very popular cereal that was manufactured in the USA and distributed in the UK, the company had a number of very successful advertising campaigns in the early twentieth century. Information about how this fake letter was used is scare though. Perhaps it was put into packets of the cereal as a novelty item. 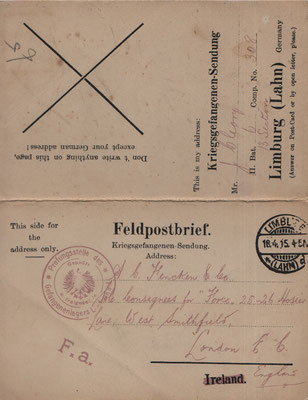 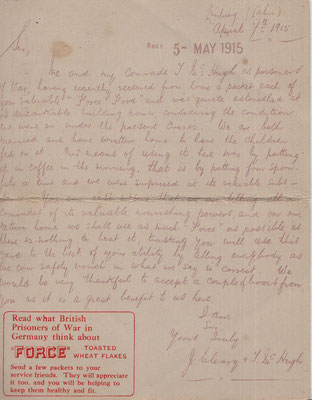 An interesting article on advertising generally in WWI can be found here.

Another interesting on-line article is this about prisoners of war.