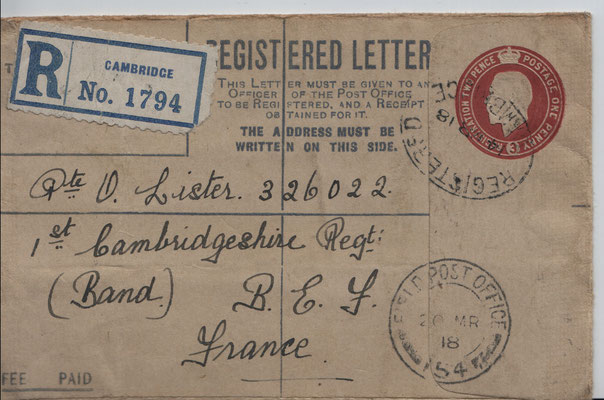 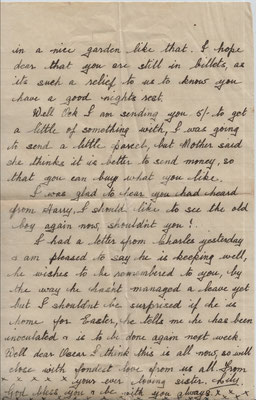 This incomplete letter was sent to Pte Oscar Lister, b. 1894, by his sister Lilian. In 1911 Oscar was living with his family in Grafton Street, Cambridge. He was a pawnbroker's assistant; his father Arthur was a tailor. The letter suggests that Oscar played in the regimental band; he survived the war and died in 1947.

His elder brother Arthur Frank Lister, the fourth of the five children of Arthur and Julia and a tailor like his father, joined the 1st Btn of the Cambridge Regiment and died of wounds sustained at the battle of the Somme on 28th October 1916. He is buried at the cemetery in Mill Road, Cambridge.