Harry was born in Melbourn on 5th March 1897. His mother, Mary Elizabeth Lilley, had moved from Dulwich, London to be a lady-in-waiting to a Miss Mortlock of Meldreth Court around the year 1890. Until then she had lived with her widowed mother, Jane Elizabeth Lilley, née Brodie. The Mortlocks were a wealthy family in the porcelain china business. Also working for the Mortlocks was Charles Day, as groom and domestic servant; he had been born (1872) and brought up in Melbourn.

Mary Elizabeth and Charles Day were married on 15th March 1893 in Melbourn and over the next eight years had five children. Charles, born in 1894, became a teacher, married Flora Aldridge, daughter of a Melbourn schoolmaster, and later became headmaster of Henley Senior School. There were two identical twin sisters, Mabel and Maud, born in 1899; Maud also became a teacher. Ralph Brodie Day, born in 1901, died of flu at the age of 30 and is commemorated by a brass inscription near the stained-glass window in Melbourn Church in honour of his brother.

Harry was also an assistant schoolmaster in the village until the First World War when he enlisted in December 1915 at the age of 18 and joined the Suffolk Regiment. He served as Private and Lance Corporal in France with the Suffolks during 1915 and 1916. He then joined the Officer Training Corps at Newmarket in July 1917. He was required to present a certificate of moral character; this was signed by the Rev. De Courcy Ireland of Melbourn and Mr A R Fordham JP. Harry was then commissioned as a second lieutenant on 30th October 1917 and joined the C Company, 1st Battalion, 1st Cambridgeshire Regiment on 3rd January 1918. Exactly one month later, to the day, he was killed by shellfire, apparently behind the lines, together with his batman. He is buried in Grave IV.A.22., Fins New British Cemetery, Sorel le Grand, Peronne.

Harry’s parents continued to live in Melbourn at ‘Roseleigh’ in Mortlock Street; this was the address at which they received the £10 war gratuity for a deceased officer. His father was estate manager of the Greenhill Farm in 1918, and also worked for the Melbourn Bury Estate. In 1923 the large window in the transept of Melbourn Church was erected in Harry’s memory. 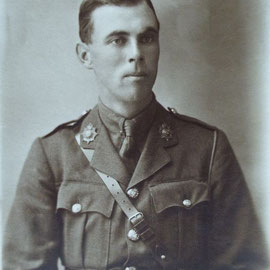 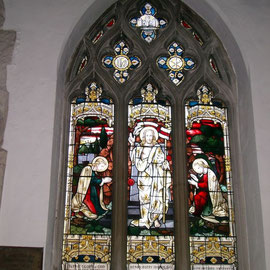 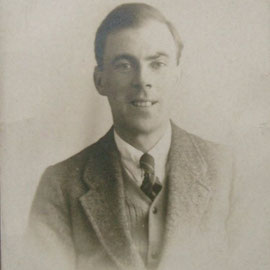 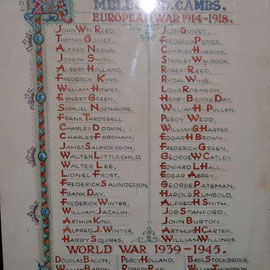 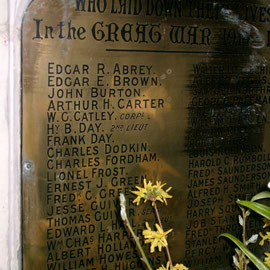 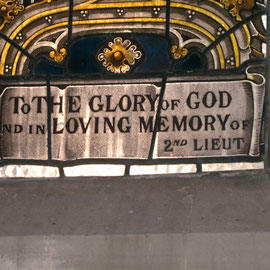 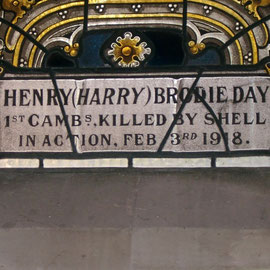 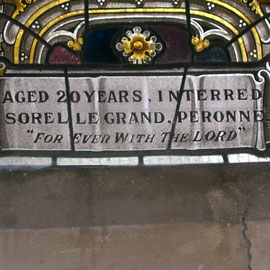